Who doesn’t love a classic endless runner? Now throw in some environmental awareness, color coordination, and raw skill. Match the color and pick the direction to see how long you can endure on this fast pace random endless path.

ColoRun is a mutt of many different games, better yet a game of its own breed. It’s an endless color matching puzzle runner, how simply complicated does that sound? You start off on a board of square tiles all the same color. Your first thought is to smash an arrow key, but that doesn’t do anything. By changing your player colors to match the square ahead, you’re able to move. Doing so a new row of squares appear, but you don’t stop there. You want to know what’s to come. Next thing you see is a warning sign. Looking in the direction you see tiles disappearing rapidly in succession coming your way. Your only options are to take flight in the opposite direction or wait to see what happens when that last tile falls underneath you. Pause! You think waiting to see what might happen is a viable option? Funny there is no waiting to see what happens in ColoRun, every second you take to think is a second less you have to react. You take flight in the opposite direction that opens a new world to different color tiles, special power ups, and nonstop randomized fun.

Quickly and precisely swap between four distinct colors (Red, Blue, Yellow, and Green) in order to slide between randomly generated tiles and away from the ones disappearing underneath you.

Rapidly run from the disappearing tiles on fast pace speed levels design to challenge your mental reflexes. If caught there's no return :(

While in the heat of the moment you might get lucky. Don't think there are giveaways though.

Skip 2 my tiles! in the direction of your choice, just don't get caught in the wrong place.

Stop those tiles from disappearing red uhhh  blue, yellow, and green handed. Very handy if you ask me. 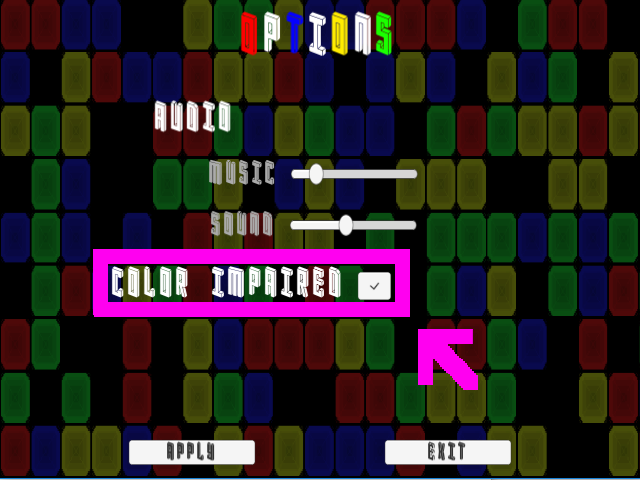 There's a color impaired toggle in the options. My goal is for everyone to enjoy this game no matter their circumstances.

I enjoyed developing this game from the restless hours and constant headaches. It was created at whim, from an experience playing the original Brown Box BY MYSELF AT THAT! In the moment I realized how a simple game, without something like  an in-depth story line or crazy linear progression, could bring so much joy and amusement to someone. I became inspired to take this feeling I got and bring it to others attention from the product of my two hands.  Every smile I received out of the many frustrated faces made every second creating this game completely worth it. 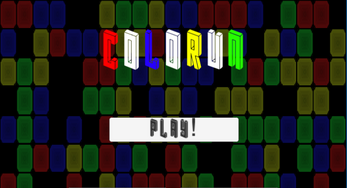